About 500 years ago, not far from where you are standing now, there used to be a what was called “stins”. A “stins” or “state” used to be a stronghold or mansion. Originally, this name was exclusively used for the stone watch towers near a wooden “state” (the Frisian word “stins” means a stone house.) 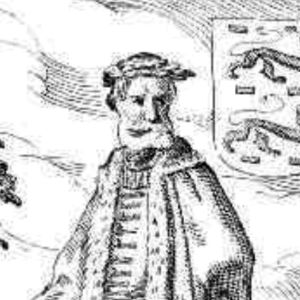 The stins that used to be here were part of the domicile of the peace-loving Juw Hettes Dekema, who Emperor Maximilian of the Holy Roman Empire appointed potestate of Friesland in 1494.

The potestate was the highest representative of the emperor’s authority; it was Juw Hettes Dekema’s task to put an end to fighting in the region, and to reform law administration. His biggest opponent in this was Jancko Douwema, a man who was not adverse to violence.

Juw Hettes was not successful in his mission as peace-maker, and for this reason he gave up the position of potetstate in 1498. Politically, this was a tipping point in Friesian relations: because of internal strife, the highest official internal authority was no longer under Friesian control; a non-Friesian was appointed the highest official authority in the office of potestate.

In 1989, just outside Baard, the remains of the house where Juw Hettes Dekema used to live were uncovered. A wall of 18 by 1.5 metres and several objects were excavated. The foundations of the stins were also found, after which the project was put on record, the excavation site was filled up again, and grass was allowed to grow over it. 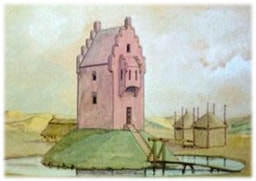 Download a presentation on the Dekemastins excavations (Powerpoint, 35 MB)

Schieringers and Vetkopers is the name that was given to a feud in Friesland and Groningen during the late Middle Ages.

As you can read on the other information panel, Emperor Maximilian wanted Juw Hettes Dekema to put an end to the feud between these two parties. The Vetkopers did not accept Juw Hettes’ appointment as potestate of Friesland. As a consequence, Juw Hettes Dekema was unsuccessful in his role as peace maker, and he laid down his function as potestate in 1498.

Emperor Maximilian then appointed Duke Albrecht of Saxony, who brought along an army of mercenaries to maintain order and peace. But as a result of lack of money, his authority showed a steady decline during the course of the 16th century. This enabled the Vetkopers, led by Jancko Douwema and Paulus van Gravesteijn, to destroy the Dekemastins in 1514.

It was rebuilt, but in 1515 the Duke of Saxony’s financial problems became so serious that he could not pay his mercenaries anymore; they began a mutiny and started looting the Friesian countryside. The Saxion mutineers were popularly called ”The Black Hope”, and in 1515 the Dekemastins was destroyed once again, this time by “the Black Hope”.

Juw Hettes Dekema and his family then settled in Franeker, where he died in 1523. He and his wife were buried in the Martini Church in Franeker.